Expand Your Audience; Use Social Media 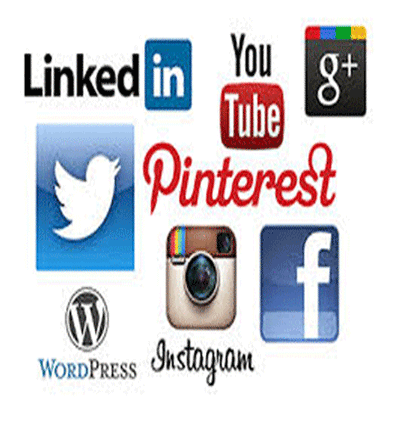 All of the Social Media platforms enjoy a large following.  Millions of people frequent Facebook despite their reputation of taking advantage of their subscribers. People who regularly look at websites don’t necessarily spend time on social media sites, and vice versa.  But these sites offer an opportunity to expand your base by writing to a different reader and giving them a different look at your business.

So now that you have your website up and running it’s time to move on to social media. But wait, why use social media?

What are the most visited Social Media sites?

Facebook is celebrating its 15th birthday this year and boasts 2.32 billion monthly active users.  It is growing 15% per year and is too big to ignore.  More than 1 million small or medium sized businesses advertise here.

Twitter is the second largest social media site with over 320 million monthly active users.  It has the unique advantage of being the easiest way to see what’s going on in the world in real time.  It is truly international in that 79 percent of its users live outside the US.  Tweets are used to broadcast information with hashtags (#) included a connection to specific topics.

LinkedIn has 400 million users but just 25% of those users log in each month for a 100 million monthly active user count.  LinkedIn is effective in building professional networks and engaging with others.

YouTube has 6 billion hours of video watched per month.  One billion videos are watched over mobile phones daily.  It allows businesses to create video channels to promote their brands and since Google owns YouTube, videos on YouTube influence standings on Google.

Pinterest has 100 million monthly active users, 80% of whom are female.  Pinterest is a great choice for B2C businesses.

People use social media for entertainment, so lighten up!

A well planned and well executed social media strategy can get you referrals, portray you as an industry expert and make it easy to get others to link to your website.  Search engines used to be the primary way to drive traffic to your website.  Social networks now have become a greater source of referrals and they increase the time a visitor spends on your website.

Which social media sites do you use?